Good things come to those who wake up 1.5 hours before sunrise. Well that's a stretch. I would probably be a very bitter person if I had to wake up that early out of necessity! I can only handle it a couple times a year :)

Sunrise over Lake Monroe Took this a few weeks back. I don't make a habit of watching too many sunrises, but they seldom disappoint :) Wildlife is active. Almost got personal with two beavers as they swam a few feet from me. Watched a young, 4 point buck swim across the lake (pictures to come) and couldn't believe my eyes. #sunrise #bloomington #photography #landscapephotography #btown #lakemonroe #indiana #nikon #d800 #rikonon14mm #14mm
A photo posted by Stephen Sproull (@stephensproull) on Nov 11, 2014 at 7:47am PST

A few weeks back several guys from my church (Chapel North, Noblesville, Indiana) rented a cabin at Lake Monroe Village for a men's retreat. One of the mornings I woke up around 6am and made my way down to the lake shore. It was pitch black out. 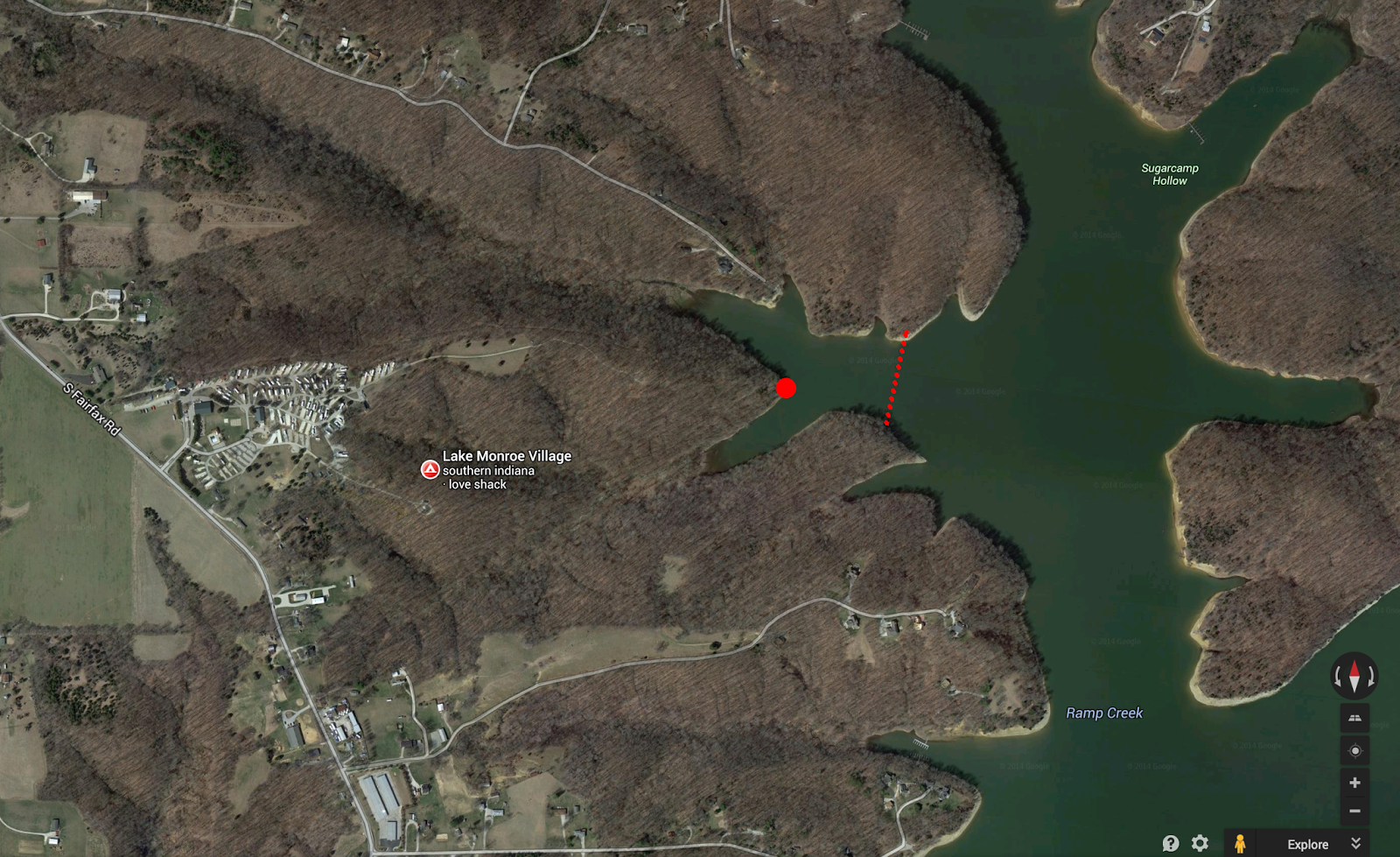 I parked my carcass near the red dot shown above. As you can see, the orientation is perfectly facing east. That was a happy accident :) The red-dotted line comes into play later.

Sunrise over Lake Monroe #2 This image was taken just as the sun was cresting over the horizon. I love the memory of that morning. So tranquil... The image I posted a few days back was taken at this same location, but at a slightly different angle #nikon #d800 #rokinon14mm #btown #bloomington #indiana #sunrise #landscapephotography #14mm #lakemonroe #iubloomington
A photo posted by Stephen Sproull (@stephensproull) on Nov 11, 2014 at 6:58am PST


Fish were jumping out of the water everywhere causing little ripples all over the cove. Two beavers swam by just a few feet from the shore where I was standing. I was really enjoying the peace and serenity while nature did her thing. Then something happened that I have never witnessed before. I heard a large-ish splash from a distance and looked up. I could barely make out a 4-legged animal wading into the water near the left side of the cove's mouth. At first I thought it was a large dog, but it eventually occurred to me that it was a deer. Weird stuff, eh? I never knew a deer would willingly go for a swim. I had a hard time believing my eyes. As the deer swam across the cove I could hear it panting and snorting. I quickly swapped out lenses to my Nikon 80-200mm f/2.8 and zoomed to 200mm and snapped several pictures. Yep, it was a little buck. It neared the opposite shore, climbed out of the water, and went on its merry way. If you look at the satellite image above you'll see that the deer saved a considerable amount of walking by deciding to swim across the lake. Smart dude! 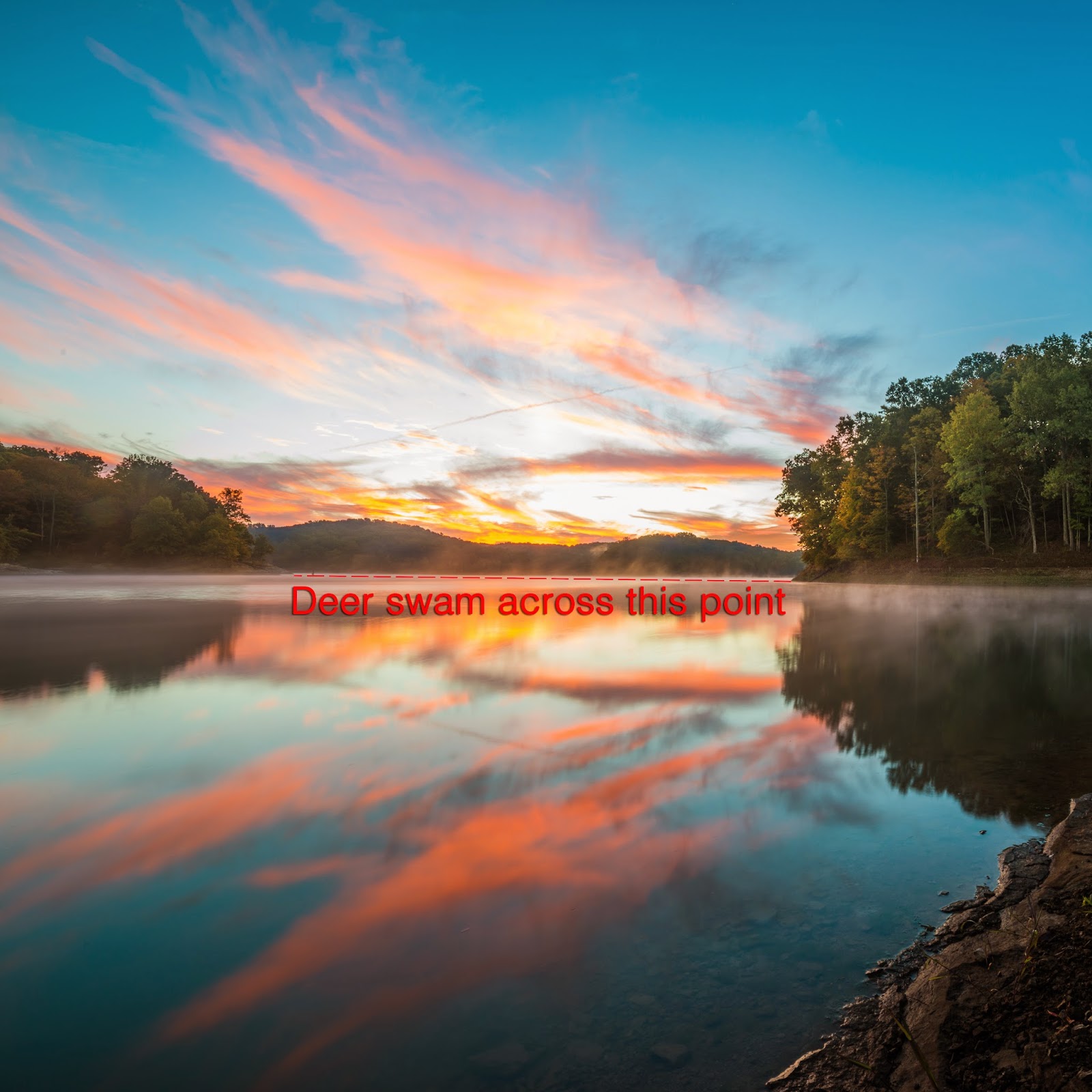